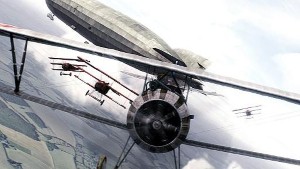 On September 15, a small plane crash in Missouri claimed the lives of the pilot, his three kids and a businesswoman. Jason Pace, a Missouri highway patrol spokesman, told reporters that the aircraft, a 2002 Cirrus SR22, came down a little after midnight in Willard. It was just five miles away from its destination.

Around 12:30 a.m., the plane went up in flames and killed everyone before rescue crews could arrive on the scene.

"The plane totally disintegrated after the crash," said Pace, according to The Associated Press.. "It burned, just into pieces. It was a very tragic and horrific site."

The news source revealed that the pilot was the founder of an environmental consulting firm and also was a board member of the Springfield Chamber of Commerce and the Watershed Committee of the Ozarks.

The female victim was the owner of an insulation and supply company and selected to run the fundraising division of Ozarks Technical Community College. The relationship between the two is not known at this time.

"This accident is a real tragedy.The number of people affected is in the thousands," said David Cheek, the former soccer coach of one of the kids who died, reported the Springfield News- Leader.

As of September 17, no details of the cause of the crash have been made public. However, spokesman for the National Transportation Safety Board Keith Holloway said that preliminary details may be accessible in two weeks.

If you have been injured in an accident and live in Missouri, you may benefit from a consultation with a personal injury attorney in Kansas City. These experienced and locally based professionals can assess your claim, try your case in court and help you recover damages that you may be entitled to.