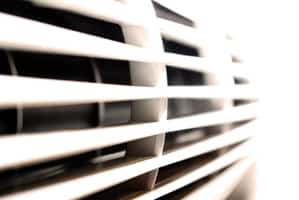 Alabama media publication the Montgomery Advertiser reports that the Alabama Supreme Court is tasked with deciding whether a defendant in a wrongful death lawsuit is protected by a state law that would prohibit damages awarded to the plaintiff from exceeding $100,000.

The source states that the plaintiff in the case is Shameka Caldwell, who sued electrical inspector Wayne Morrow over the death of her son, Keandarick Russell. The victim died on June 30, 2009 after being electrocuted by a live, exposed wire protruding from an air conditioner unit near where he and his friends were playing.

Caldwell alleges that Morrow, a city of Montgomery employee, had been responsible for inspecting the site where the tragedy took place.

The defendant's lawyer has argued that his client "is protected by a state law that caps at $100,000 the damages awarded in civil lawsuits against municipalities," notes the news outlet. However, the accident attorney representing Caldwell claims that this legislation doesn't apply in this particular case, as Morrow "is being sued as an individual."

A trial court initially ruled in favor of the plaintiff, leading Morrow to appeal the decision.

Are you a Missouri resident who has lost someone you love due to an individual or business's negligence or recklessness? If so, you owe it yourself to find a personal injury attorney who will give you the care, attention and compassion that you deserve. These experienced professionals have the knowledge and skill set required to assess your claim, try your case in court and help you recover damages you may be entitled to.