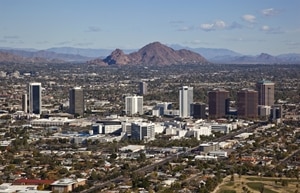 The Arizona Court of Appeals has ruled that a young Phoenix woman has the right to sue the state for negligence after her parents were incorrectly told their daughter was killed in a car crash.

In 2010, 19-year-old April Guerra and her friend, 21-year-old Marlena Cantu, were involved in a rollover car accident. Guerra's parents were told that their daughter had died, while Cantu's parents were told she was in treatment at a Phoenix area hospital. In reality, the woman at the hospital was Guerra, whose face had been badly bruised in the crash and was unrecognizable. The Maricopa County Medical Examiner's Office later discovered the patient was actually Guerra using dental records. According to local CBS News affiliate KPHO, Cantu's parents stood vigil at the hospital for six days before they were told that their daughter was actually the one who had died.

Guerra filed a lawsuit against the Department of Public Safety, arguing negligence, but her case was thrown out of court. Judge Kenton Jones wrote the majority opinion, siding with Guerra on her appeal.

"Given the […] inarguably devastating emotional impact a family member's death has on survivors, when the state undertakes the actual [next-of-kin] notification it must communicate the information with reasonable care," he wrote.

If you believe you or your family members have been the victim of negligence on the part of an individual or department in Missouri, you may have the right to seek damages on behalf of you and your loved ones. You should contact experienced personal injury lawyers as soon as possible. The Kansas City attorneys at Meyers Law Firm can assess your claim and help you recover any civil damages to which you may be entitled.