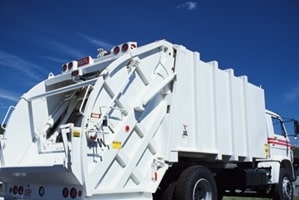 After a 29-year-old fell asleep at the wheel while taking six children to school in Arkansas, law enforcement officials said he fled the scene. According to online sources, the unnamed individual, who is believed to be at fault, was not quite awake when the incident took place at the end of February. After the man dozed off, the van he was driving headed into oncoming traffic and hit a garbage truck. As a result of the collision, every single airbag deployed.

Following the impact, the man exited the car and made sure the children got out as well. He then ushered them down the block to a relative's home and took off on foot. When authorities were notified, they launched a massive search for the man, which included using a police helicopter. Investigators found all the children at the residence where they were dropped off. Three of them had to be transported to a local hospital, where they were treated for airbag injuries, cuts and bruises. They were not wearing seatbelts. The other three kids were unhurt. It is still unclear whether they were wearing safety belts.

''This accident never should have happened,'' declared Arkansas personal injury lawyer Michael Smith, according to press release website Law Firm Newswire. ''The man had six kids in the car with him, and one of them was an infant. That should mean driving with due care and attention. Such was not the case here.''

If you live in Missouri and have been hurt in an automobile accident, you may want to consider finding a personal injury lawyer. These experienced and locally based professionals can assess your claim, try your case in court and help you recover damages you may be entitled to.