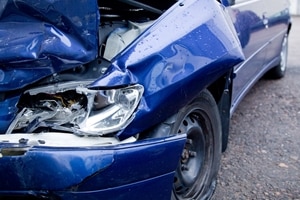 The family of a 52-year-old Toledo, Ohio, man killed in a car accident has won $750,000 in damages in a wrongful death lawsuit, thanks to data provided by the automobile's "black box."

The Norwalk Reflector, a local news publication, reports that the victim had been driving through Lucas County, southbound on Tallmadge Road, when a driver heading north at "an excessive speed" crashed into his vehicle. The incident, which occurred in June 2012, left the victim with fatal injuries to which he later succumbed, prompting his family to file a wrongful death lawsuit against the allegedly responsible motorist.

The black box of the defendant's car proved key in determining where the blame for the accident would ultimately lay. According to the family's attorney, that car's black box revealed that the accused was driving 16 miles per hour above the speed limit at the time of the crash, contradicting the counterclaim made by the defendant's insurance company: that the accident was actually the fault of the deceased man for not giving the right of way to oncoming traffic.

"At trial [our expert] used light sequencing data from the Toledo engineer's department and the black box data, along with the defendant's testimony and expert crash testimony, to prove to the jury that [the] defendant drove negligently and was attempting to 'beat the light,'" the family's attorney told the news source. "Even though the defendant was the only crash witness, [our expert] was able to prove that the defendant entered the intersection on a red light before the collision."

While the accident occurred three years ago, the jury took just three days to award the family their restitution.

While no amount of money can ever make up for the loss of a loved one, any family that has suffered a wrongful death and needs to find a personal injury attorney to take on their case should contact The Meyers Law Firm. Our expert Kansas City attorneys will fight tirelessly for the damages you deserve.