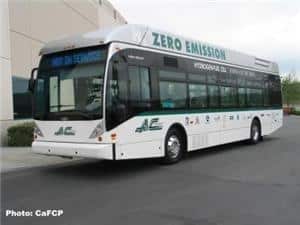 A bus driver and coach company may find themselves at the center of a personal injury lawsuit if complaints are filed in court following a January 29 incident in Maryland. According to sources, the driver was transporting 48 teachers from Newark, Delaware to Baltimore’s Inner Harbor. The man reportedly fell asleep at the wheel, which caused the bus to veer off into an embankment before he woke up and got back on the highway.

As a result of the accident, which took place on Interstate 95 near Aberdeen, 10 people were taken to local hospitals for medical treatment. One individual endured serious injuries and was brought by rescue crews to Baltimore’s Maryland Shock Trauma Center.

A Washington D.C. personal injury attorney named David Lietz told legal news website PR Newswire that, ”If a bus driver falls asleep at the wheel, that is a very serious transgression. It is very lucky that no one was killed in this accident and that the injuries sustained were not much worse.”

The bus driver was censured for driving while fatigued and for negligent driving, reported law enforcement officials.

”Driver fatigue is a serious problem that can be easily avoided by strict adherence to the existing motor vehicle regulations, and by bus companies policing their drivers’ hours of service. Hopefully this story of narrowly-averted disaster alerts bus operators to the need for strict oversight of drivers,” said Lietz.

If you have been involved in an accident that has caused you injury and live in Missouri, you may want to consider scheduling a consultation with a lawyer in Kansas City. These experienced and locally based professionals can assess your claim, try your case in court and help you recover damages you may be entitled to.