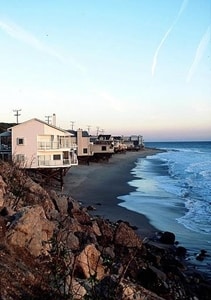 Last February, Caitlyn (formerly Bruce) Jenner was involved in a four-car pile up outside of Malibu. Her car rear-ended 69 year-old Kim Howe's Lexus and sent it flipping into oncoming traffic, causing a collision with a Humvee and one other vehicle. Kim Howe died in the crash, and five others were hospitalized. The police performed a field sobriety test on Jenner when they arrived and said that the former Olympian was not under the influence of drugs or alcohol at the time.

Though Jenner was never formally charged, she was still served with a wrongful death lawsuit on behalf of the late Kim Howe's stepchildren. Jenner's legal team argued that, while the crash was tragic, Howe's stepchildren, aged 57 and 60, were, as adults, financially independent, and that Jenner was not responsible for their financial wellbeing.

"We … continue to express sincerest sympathies for the friends and family of Kimberly Howe. … The plaintiffs' lack of standing to file this case is no comment at all upon their grief or affection. It is merely a statement of law," Jenner's lawyers stated.

Howe's wrongful death suit was first filed in May, and now, Jessica Steindorff, a talent manager who was also involved in the crash, is throwing her own personal injury suit into the mix. During the accident, Steindorff's vehicle, while stopped in traffic, was rear-ended by Howe's which was in turn rear ended by Jenner's.

If you've been hurt due to another party's negligence and need a personal injury attorney to take on your case, contact The Meyers Law Firm. Our staff will review your claim and help you determine your best course of action.