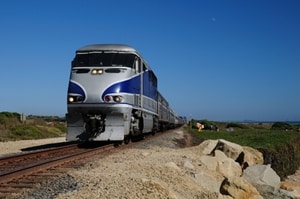 A recent Amtrak derailment has put pressure on Congress to raise the damages cap for personal injury suits against Amtrak from $200 million to half a billion dollars. The train, which derailed outside of Philadelphia after hitting a 50-mile-per-hour curve while traveling at over 100 miles an hour, left eight of its 240 passengers dead, and another 200 wounded.

Since Amtrak is a federally funded company, this damages cap exists to protect tax payers from having to foot the cost of a massive personal injury suit, while still allowing the victims of a crash to gain just compensation. However, the sheer number of passengers injured by this derailment make it unlikely that the capped sum will be enough. According to Drexel University law professor Beth Haas' comments to the Philadelphia Business Journal that  "$200 million might sound like a lot of money but not when you are talking about 240 passengers — most of whom were injured. A serious injury case can be worth more than a death case, when you have a serious injury like a broken back or brain damage that requires a lifetime of medical care."

In the coming weeks, the House Transportation Committee will hold a hearing on the crash to investigate the cause of the derailment as well as Amtrak's liability. Christopher Hart, chairman of the National Transportation Safety Board, will be testifying at the event. His organization has claimed that Amtrak could have installed an automatic speed speed control system on the train to prevent it from traveling dangerously above the speed limit. Likewise adding to their liability, Amtrak could have installed an electronic train control system at the turn itself, remotely applying the emergency brakes to any train approaching the bank at excessive speeds.