Couple whose home was ruined by pesticide agree to $450,000 settlement 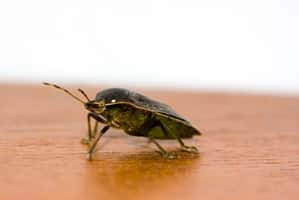 A Vermont couple has agreed to a $450,000 settlement, after a state agency used an illegal pesticide in their home and left it uninhabitable.

Neil and Patricia Whitney had long served as foster parents in Rutland, Vermont, when a ward of the state accidentally brought bed bugs into their home. After repeated, unsuccessful attempts to get rid of the pests, the Department for Children and Families (DCF) hired a pest control professional to spray the Whitneys' home last April. State regulators think the man used the illegal pesticide chlorpyrifos. He lost his license two months after spraying the couple's house.

According to the lawsuit, the Whitneys' home remains uninhabitable even after attempts by the Environmental Protection Agency to clean it. They have had to live elsewhere since the home was sprayed, first in a camper and then in an apartment, according to The Rutland Herald. The newspaper also reports that the couple's 16-year-old son became severely ill from pesticide exposure.

Attorney Karl Anderson says the settlement was proportionate to the couple's loss of property and associated stress, which resulted from DCF's actions.

"Given the fact that they've essentially lost their home it'll give them a chance to get another home," he told The Herald. "[They] have a little cushion to make up for the losses that they've sustained."

If you and your family have lost your home or sustained damage to your property and you believe a company or state organization is responsible, you may have the right to pursue legal damages. Call the free consultation lawyers of Meyers Law Firm as soon as possible. We can assess your claim and assist you in recovering any civil damages to which you may be entitled.