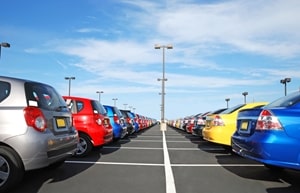 The first wrongful case death case against General Motors (GM) has been scheduled by a federal judge for January 11, 2016.

Throughout the year, GM has recalled over 30 million of its vehicles around the world after it was discovered that a faulty ignition switch in millions of its cars was responsible for the deaths of over 30 people. Approximately 2.6 million of the recalled autos were found to share this defect, wherein a flawed ignition switch can cause the car to stall and lose power for safety systems like the airbags, power brakes and power steering. Even more disconcerting was the discovery that GM had known about this problem for over a decade but neglected to ever report it.

The plaintiffs had asked the judge for October 2015 as the trial's start date, while GM requested June 2016.

"It sounds like the judge is splitting the baby in half," Carl Tobias, a University of Richmond law professor, tells the New York Times, commenting on the scheduled January 11 date. "I think it's a fair amount of time for both sides to prepare."

According to the Times, this case "is part of consolidated litigation involving more than 100 lawsuits against the automaker."

To date, the GM compensation program has determined that at least 30 deaths can be attributed to the faulty ignition switch. GM has offered reimbursements to victims or victims' families that file for death and injury claims, though with the stipulation that receiving such payments means waiving their rights to sue.

If you have ever been hurt by a defective product, and need to find a personal injury attorney in Kansas City, contact The Meyers Law Firm right away. Our expert injury lawyers can assess your claim and fight for any damages you deserve.