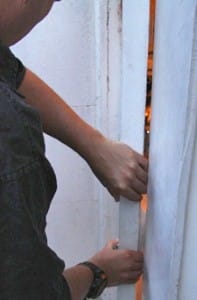 While it may seem odd to some, even criminals have the right to file suit against their victims for alleged damages. Should one find themselves under such circumstances, Kansas City attorneys can help individuals navigate this particularly sensitive situation.

This issue has been in the news recently regarding a strange collection of civil suits filed between Jesse Dimmick of Brighton, Colorado and Jared and Lindsay Rowley of Shawnee County, Kansas. According to reports, Dimmick, who was already wanted on multiple counts of kidnapping and murder, stole a vehicle in 2009 and then forcefully entered the Rowley's home and reportedly threatened the couple at knife point.

To diffuse the situation, the Rowleys acted cordially to Dimmick, providing him with food and entertainment until he ultimately fell asleep. The Rowleys were consequently able to leave their home unharmed.

According to court documents filed in September 2011, the Rowleys filed suit against Dimmick for intrusion upon seclusion and for the infliction of emotional pain that yielded post traumatic stress, anxiety and an inability return to their home. The documents report that the couple sought damages of $75,000.

However, in a bizarre twist to the case, reports state that Dimmick filed a countersuit against the Rowleys, alleging that he had entered into a binding verbal agreement with the couple to hide him from law enforcement for an undisclosed amount of money. Dimmick reportedly sought damages of $235,000 to pay for hospital bills incurred after police accosted him in the Rowleys home and shot him in the back.

Dimmick's countersuit was dismissed in mid-January, as judges determined the agreement was not binding since the Rowleys were under duress.

In order for such an agreement to be valid, financial injury attorneys state that all parties would need to explicitly agree on essential terms without fear of physical repercussion or bodily harm.