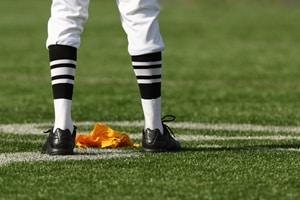 According to Marino and his lawyers, the NFL has been part of an active cover-up since at least the 1970's.

"For many decades before June of 2010, Defendant voluntarily and repeatedly made material misrepresentations to its players, former players, the United States Congress, and the
public at large," the complaint reads.

The lawsuit seeks unspecified damages. It does not list Merino's current symptoms or ailments, saying only that he was the victim of repeated concussions during his professional football career.

More than 4,500 former players total have filed suits against the league for allegedly concealing from them the long-term risks of brain injuries sustained while playing football. At least 41 of those plaintiffs are members of the Pro Football Hall of Fame, according to a report from the L.A. Times.

A $765 million settlement was agreed upon last year, but a judge rejected it, saying she was concerned it might not be large enough to cover the interests of all players involved.

If you believe your loved one was injured as the result of negligence on the part of a Missouri individual or organization, you should contact experienced personal injury lawyers as soon as possible. The Kansas City attorneys at Meyers Law Firm can assess your claim and help you recover any civil damages to which you may be entitled.