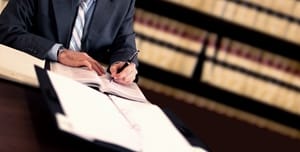 Back in May, Rev. Al Sharpton's daughter, Dominique, filed a $5 million dollar lawsuit against the city of New York after allegedly spraining her ankle on uneven pavement and sustaining permanent injuries. After a recent Instagram scandal, however, attorneys are saying that she'll be lucky to get  $5,000, let alone anywhere close to 5 million.

The scandal broke after Ms. Sharpton posted a series of photos chronicling her and a friend hiking through Nevada's Red Rock Canyon. According to city attorneys, the photos are strong proof that, contrary to her claims, the injury was not permanent and had no lasting effect on her quality of life, and she can expect much less of a payout because of it.

One of the pictures was labeled "We hiked UP the mountain, over the clouds… into the SUNRISE," and another read "One of the most beautiful sites ever. And YES I ALMOST DIED GETTING UP THERE LOL. #Balidays we made it, WHEW."

Now that they're public, Ms. Sharpton has been advised to not destroy, tamper with or otherwise remove or alter these photos, less she be charged with the destruction of evidence.

In an interview with the New York Post, a personal injury lawyer reminded potential plaintiffs that they should "Live your life off social media if you have a case," adding that "if she's going to claim she's disabled, the first thing you tell your client is, 'Don't live on social media,' because even if you don't lie, it makes you look bad."