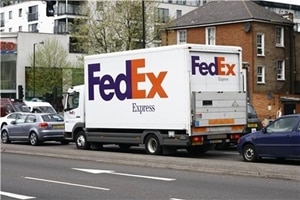 At 1:30 a.m. on June 22, 2011, a FedEx truck traveling at 65 miles per hour along Interstate 10 near Las Cruces, New Mexico, slammed into the back of a pickup truck. A the time, the pickup had been pulled over to the side of the road, with its hazard lights flashing. The collision killed the pickup's 22-year-old driver and her 4-year-old daughter. Only the woman's 19-month-old son, who was also in tow, survived the crash. This tragedy prompted the El Paso victim's family to file a wrongful death lawsuit against the delivery company, a case that has just recently been settled, with the jury awarding the family $165 million in damages.

According to local news affiliate KRQE 13, at the time of the the crash, "the FedEx truck [had] showed no signs of braking." The family's attorney hopes that the jury's decision will send a message to FedEx about the need for improving driver training and raising greater awareness about the possibility of fatigue and driving in the "danger zone" hours of midnight to 6 a.m..

"They need to be responsible for their actions," the attorney said in an official statement. "The entire time, from the very beginning, they have denied responsibility and tried to pass responsibility off on someone else."

For its part, FedEx released an official statement saying that they sympathized with the family, but disagreed with the jury's decision and will be seeking other options, including a possible appeal.

If you have ever lost a loved one to a tragedy of negligence or irresponsibility like this, reach out to The Meyers Law Firm for expert legal guidance and a capable accident attorney that will work tirelessly to win you the damages you deserve.