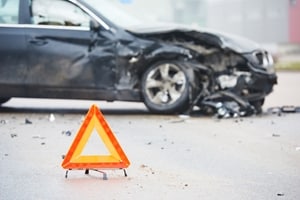 After a Berwick, Maine, elementary school teacher was killed in a car accident two years ago, her family has filed a wrongful death lawsuit against the teenage driver responsible.

According to the Portland Press Herald, a local news publication, a then-15-year-old boy driving southbound on Route 4 on April 10, 2013, drifted over the center line of the road and collided with the 34-year-old teacher's car, killing her. The woman's two children, ages four and seven, were also riding with her at the time but survived with injuries. A follow-up investigation determined that the teenage driver had not been intoxicated at the time of the crash, nor had he had been texting or talking on his cell phone, persuading the Attorney General's Office not to pursue criminal charges. Instead, he was sentenced to over $1,600 in fines, 120 hours of community service and a two-year suspension of his license.

However, on Thursday, March 19, of this year, the victim's family opted to file a new wrongful death case against the now-17-year-old boy and his parents (as the teen had been a minor at the time of the accident), accusing the driver of negligence in the Berwick woman's death and the injuries sustained by her two young children. The complaint levies a total of 10 charges against the teen and his parents.

It was not disclosed what the victim's family was seeking in damages.

While no amount of money can compensate for the loss of a loved one, families who have lost relatives to needless accidents like these should still seek out the damages they may be owed. If you need to find a personal injury attorney that can take on your case and fight for the restitution you deserve, make an appointment with The Meyers Law Firm today.