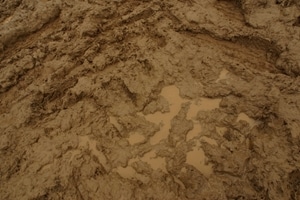 Fifteen new claims have been filed against the state of Washington and Snohomish County over a deadly mudslide in March, paving the way for a massive civil lawsuit. Several of the new claims, filed on behalf of victims' families, allege wrongful death. Other allegations include negligent infliction of emotional distress, injury of a child and destruction of property.

At least 42 people died in the mudslide that happened March 22, along Highway 530 near the small town of Oso. One person, Kris Regelbrugge, is still missing.

The new legal claims open the door for dozens of civil lawsuits. They accuse the state and county of allowing construction and logging activity in an area that they knew was vulnerable to mudslides, putting dozens of people at risk.

"The danger was known by people who had the authority and ability to do something about it," Attorney Darrell Cochran said in a press release, as reported by local FOX News affiliate Q13.

A previous claim, filed on behalf of the widow of one of the victims, sought $3.5 million in damages. The other claims seek unspecified damages, with the amount to be determined by a jury.

State and county officials have 60 days to respond to the claims before a lawsuit can be filed.

If you or your family member has been the victim of a natural disaster in Missouri, and you believe that an organization, city or county is partly to blame, you may have the right to seek damages and should contact experienced lawyers as soon as possible. The Kansas City attorneys at Meyers Law Firm can assess your claim and help you recover any civil damages to which you may be entitled.