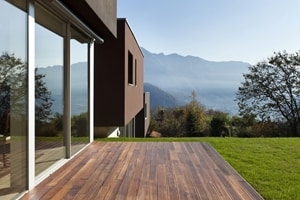 In July 13, 2011, 32-year-old Rebecca Zahau was found "dead, naked, bound and gagged, with a rope noose around her neck" in a mansion in Coronado, California, reports ABC News. According to the source, the woman's family came forward on Friday, July 12, 2013, and filed a wrongful death lawsuit in the U.S. District Court for the Southern District of California against three individuals who they believe were responsible for Zahau's death, which was originally ruled a suicide.

The owner of the mansion where the tragedy took place was Zahau's boyfriend, Jonah Shacknai. Though he hasn't been named as a defendant in the lawsuit, San Diego's ABC affiliate 10News reports that Shacknai's brother, twin sister and ex-wife have.

"Anybody that looks at this objectively, doesn't see suicide," said attorney Marty Rudoy, according to NBC 7 San Diego. "My guess is 99.9 percent of people in the world think this is a homicide and the only people who think it's a suicide are the authorities in San Diego."

Zahau's death came just days after Shacknai's 6-year-old son died after falling down the stairs while she was looking after the little boy, states 10News.

The 32-year-old's family is seeking $10 million in damages.