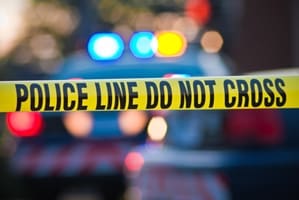 While the deaths of Michael Brown and Eric Garner have inspired an intense national dialogue about police brutality and accountability, relatively lost in that shuffle is the story of 12-year-old Tamir Rice, who was shot to death last month by Cleveland police after an officer mistook the boy's toy gun for a real one. Now, the boy's family is fighting back with a wrongful death lawsuit.

The Washington Post reports that on November 22, Cleveland officers Timothy Loehmann and Frank Garmback responded to a 911 call of Rice brandishing a firearm at a local park. According to the source, while the caller had clarified that they thought the weapon was "probably fake," this part of the message did not make its way to officers. Making matters worse, the orange safety cap — which helps distinguish the toy from a real gun — had been removed.

When the officers arrived on the scene, the 26-year-old rookie officer Loehmann spotted Rice and, "within seconds," shot the boy in the stomach. The officers also neglected to apply medical treatment for a full four minutes as Ray lay on the ground. The boy succumbed to his wounds the next day.

"As a direct and proximate result of the conduct of Defendants City of Cleveland, Loehmann and Garmback, Tamir Rice suffered terror and fear as Defendants Loehmann and Garmback approached him with their cruiser and their guns," the lawsuit states. "Young boys playing with replica guns are commonplace in America and police are expected to approach them safely if an investigation is warranted, not shoot them dead within two seconds."

No amount of financial compensation can ever make up for the loss of a loved one, especially a young boy with his whole life ahead of him. If you've ever lost a relative to a tragedy like this, contact The Meyers Law Firm for expert Kansas City attorneys that will fight tirelessly on your behalf.