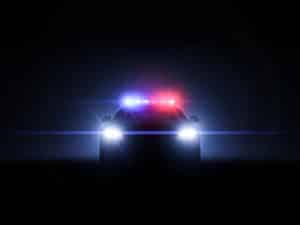 Losing a loved one in an accident is a horrible tragedy from which most families will never fully recover. However, depending on the circumstances of the incident, you may have grounds to seek legal action. To get this process started, it's in your best interested to find a personal injury attorney to take on your case.

According to the South Florida Sun Sentinel, 18-year-old Boynton Beach resident Michael Camberdella was fatally shot by Palm Beach County Sheriff's Deputy William Goldstein on October 4, 2012, during a domestic disturbance call. The source reports that the autistic teenager's mother, Linda, had called law enforcement officials because she was having a difficult time calming down her son, who had purportedly threatened to physically harm anyone who approached him with a hammer and a tree trimmer.

When Goldstein arrived on the scene, he says that Camberdella started throwing objects at him — even after dropping the hammer and tree trimmer. Claiming that he was fearful for his life, Goldstein shot the teenager.

Although Goldstein has been cleared of any wrongdoing and won't face criminal charges for Camberdella's death, the 18-year-old's family has filed a wrongful death suit, alleging that the deputy should have used non-lethal force or called for backup.

In the event that your loved one dies due to another individual's negligent behavior, it may be in your best interest to file a wrongful death lawsuit. In this kind of scenario, you owe it to yourself to find Kansas City attorneys who will provide you with the compassion and support you need to get through this difficult process. These experienced professionals can assess your claim, try your case in court and help you recover damages you may be entitled to.