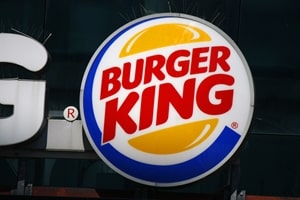 The family of 41-year-old Raymond Johnson — a Moreno Valley, California, man who died during a confrontation with law enforcement officials on October 11 — recently announced that they plan to file a wrongful death lawsuit against the Riverside County Sheriff's Department.

According to the Los Angeles Times, Johnson was behaving strangely in a Burger King parking lot when a number of deputies arrived to address the situation at around 6 p.m. They reportedly used force against the 41-year-old when he refused to leave his car, allegedly kicking him, pepper-spraying him and hitting him with a baton during a 10-minute struggle.

Johnson died during the incident, and though a Riverside County coroner determined that the cause of death was a pre-existing heart condition, the victim's family members claim that an independent autopsy showed otherwise.

"The real issue is we don't need to kill someone who is unarmed in order to take them into custody," said Rickey Ivie, one of the personal injury attorneys representing the plaintiffs, as noted by local news outlet the Press-Enterprise. "It was not justified to use lethal force. […] When individual officers who are trusted to uphold the law violate a citizen's rights, use excessive force and cause the unjustifiable death of a citizen, those officers must be held accountable."

Are you a Missouri resident who has lost someone you love due to an individual or business's negligence or recklessness? If so, you owe it to yourself to find a personal injury attorney who will give you the care, attention and compassion that you deserve. These experienced professionals have the knowledge and skill set required to assess your claim, try your case in court and help you recover damages you may be entitled to.