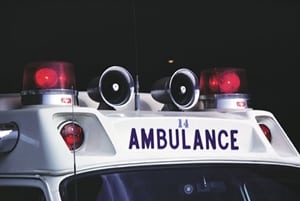 Almost one year to the day after 21-year-old Andrea Rebello was shot and killed by a Nassau County law enforcement officer, her family filed a wrongful death suit against the county and its police department. They are seeking unspecified civil damages on the grounds that officers acted negligently and recklessly, unnecessarily endangering Rebello's life.

Rebello was a student at Hofstra University in New York when an armed man broke into her off-campus home and held her hostage. According to the Associated Press, 30-year-old Delton Smith was a wanted felon, having broken parole for a previous armed robbery. According to official reports, he refused to release Rebello from a headlock and repeatedly threatened to kill both her and the responding officer, Nikolas Budimlic. Budimlic then fatally shot Smith seven times. One bullet hit Rebello, killing her.

Budimlic, who spent years as a police officer in New York City before moving to Nassau County, was cleared of criminal wrongdoing last month after an 11-month long investigation. The district attorney's office defended the officer in a 28-page report, saying he acted appropriately given the imminent threat posed by Smith to both the victim and police. The Rebello family's civil lawsuit contradicts those findings, arguing that officers did not show sufficient care for Rebello's safety.

If you believe the death of one of your family members was the result of negligent, reckless behavior on the part of an individual or department in Missouri, you should contact an experienced, aggressive personal injury attorney as soon as possible. The Kansas City attorneys at Meyers Law Firm can assess your claim and help you recover any civil damages to which you may be entitled.