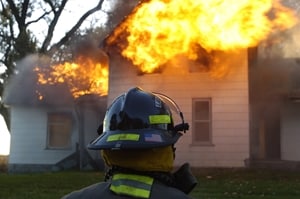 Last year, a 22-year-old Boston University student died after her attic bedroom caught fire and she was unable to escape. Now her family is preparing a wrongful death lawsuit against the building's landlord and brokers.

The Boston Globe reports that the when the marine science student had moved into the building back in 2012, the landlord was renting out every space as a bedroom, resulting in a severely overcrowded house where tenants on the third floor had only one stairway as a means of getting out. When a fire broke out in the building on April 28, 2013, those stairs were enveloped in smoke and flames, rendering escape virtually impossible. The other third-floor tenants were able to get out by jumping from their windows during the fire.

Even more troubling, according to the source, was that the fire alarm system had either malfunctioned or was not wired up properly in the first place. Although a smoke alarm did go off, it was only after the stairways had been rendered unusable by the flames.

This faulty fire-detection system, coupled with the lack of a second means of egress, represented serious violations of city building codes.

"Had that second means of egress been in place — and it was not — and had a properly outfitted, properly operating fire alarm system been in operation the occupants of the top floor bedrooms would have had time to escape to safety," the lawsuit states.

Losing a child is always a tragedy, and it's doubly disconcerting when such a death can be attributed to the negligence of, and sub-standard living conditions provided by, a third-party. If you believe you deserve justice and damages for your loss, meet with the free consultation lawyers of The Meyers Law Firm today.