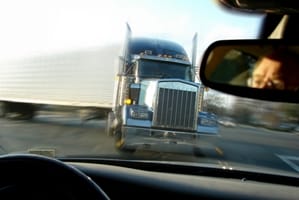 Last June, a Walmart truck traveling on the New Jersey Turnpike collided with a limousine carrying 30 Rock star Tracy Morgan and fellow comedian James McNair. While Morgan survived — albeit with significant physical injuries and ongoing brain trauma — the crash killed McNair, prompting his family to subsequently file a wrongful death lawsuit against Walmart. Seven months since the accident, that claim has now reached an out-of-court settlement, with Walmart agreeing to pay an undisclosed amount of damages to McNair's family.

"Nothing will bring back their father," the family's attorney, speaking of McNair's 26-year-old son and 19-year-old daughter, told USA Today. "But this settlement takes care of them and allows them to carry on their father's legacy […] It will allow these young adults to go forward with their lives in a manner that would make their dad proud."

The accident occurred on June 7, 2014, as Morgan and his entourage, including McNair, were returning home from a show in Delaware. According to an investigation conducted by the National Transportation Safety Board, at the time of the crash, not only was the truck driver exceeding the speed limit on that stretch of highway — driving 65 miles per hour in a typically 55 mph zone that, since it was nighttime, was actually lowered to 45 mph — but he had also not slept in over 24 hours. This negligence prompted legal action from both Morgan and the McNair family against the driver in question and Walmart itself.

Morgan is still recovering from the incident and it is unknown whether he will ever perform again. While agreeing to pay an undisclosed amount of damages to the McNair family, Walmart did not admit any wrongdoing as part of the settlement.

If you have been injured or lost a loved one to a traffic accident like this and need to find a personal injury attorney to take on your case, contact The Meyers Law Firm. Our reputable, Kansas City attorneys will work tirelessly to ensure you get the restitution you deserve.