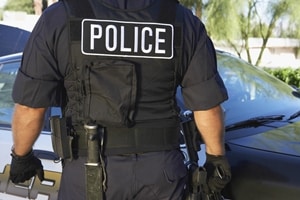 There's nothing more tragic than the untimely loss of a loved one, but it can be especially difficult to move forward when you know that another party was responsible. If your family member has died as a result of someone's recklessness or negligence, you may have grounds to file a civil lawsuit, as one Connecticut family has recently chosen to do.

According to The Day, the family of a 52-year-old man who was fatally shot by Norwich police officers in February 2013 has filed a wrongful death lawsuit against the city and the law enforcement officials involved in the shooting.

The source reports that Michael Dugas got into an altercation with police officers in a small park at Laurel Hill Avenue and Center Street. The law enforcement officials shot at him after he allegedly pointed a gun at them. Investigators later found that Dugas had been holding a pellet gun. In the lawsuit, the plaintiffs claim that the police officers "used unreasonable, unjustified and excessive deadly force against Dugas," states the news outlet.

"The family is frustrated by this," said one of the personal injury attorneys representing the plaintiffs. "They have a number of witnesses who told them that their family member did nothing wrong and was shot."

While nothing can ever truly compensate for the loss of a loved one, there are steps that family members can take to hold responsible parties accountable in the event of an untimely death, such as filing a civil lawsuit. If you're hoping to pursue this course of action, it is in your best interest to contact locally based personal injury attorneys as soon as possible. With the help of these experienced, compassionate professionals, you can seek damages to which you may be entitled.