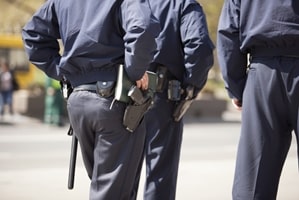 The family of a Connecticut man who was fatally shot by police on February 24 has filed a wrongful death lawsuit against the city, reports the Norwich Bulletin.

According to the source, law enforcement officials from the Norwich Police Department found 52-year-old Michael Dugas in a park near Laurel Hill Avenue at around 7:18 p.m. and engaged in a 20-minute standoff with him. When Dugas took out a handgun after failing to follow commands, seven officers allegedly fired a total of 41 shots at the man, hitting him six times.

The plaintiff's attorney, Robert Reardon, noted that Dugas's wife had died of cancer 10 years ago, and indicated that his client was grieving the anniversary of her death when he went to the park a few yards away from his residence. Police later determined that the weapon he had been holding was a broken pellet gun.

"There was an overreaction on the part of the Norwich Police Department," said Reardon, adding that witnesses have said "there was no reason to believe [Dugas] was threatening."

As a result of the incident, the police officers involved in the shooting were placed on administrative leave, but returned to service weeks later. Police Chief Louis Fusaro refused to talk about the matter publicly, stating that it's part of the department's policy not to comment on pending litigation.

If you're a Missouri resident and one of your family members has died as a result of a business or individual's negligent behavior, consider finding a personal injury lawyer who will work hard on your behalf. These experienced, locally based professionals can assess your claim, try your case in court and help you recover damages to which you may be entitled.