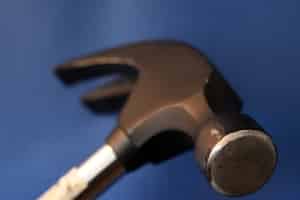 The family of a Florida teenager who was shot and killed by a policeman says a wrongful death suit is forthcoming. According to sources like press release website Law Firm News Wire and television station WPTV 5, 18-year-old Michael Camberdella was killed after a law enforcement official responded to a domestic disturbance call at his home last October.

When the cop arrived at the house, the victim, who is autistic, had his mother in a headlock and was holding a hammer and gardening scissors. Police say they warned the adolescent to back away but he refused to do so. The officer then shot him six times.

"This was clearly excessive force and this was an unnecessary death that resulted where somebody should have been able to diffuse a difficult situation, but instead they compounded it," Harry Shevin, the plaintiffs' lawyer, told WPTV.

Shevin told the station that the victim posed no danger and that the authorities arrived on the scene with the attitude "shoot first, ask questions later."

The sheriff who shot the 18-year-old said that the reason that he opened fire was because he feared for his safety.

The victim had a history of violence and mental instability.

No word has been released as to when the suit will be submitted or how much the family is going to sue for.

If your family has died because of someone else's behavior and you live in Missouri, you may want to consider finding a personal injury lawyer. These experienced and locally based professionals can assess your claim and help you collect damages that you may be entitled to.