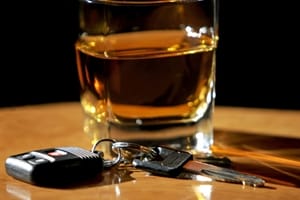 The family of an Oregon woman killed in a drunk driving accident in 2012 has reached a settlement in a wrongful death lawsuit for approximately $305,000.

Forty-year-old Teresa Grondona died on April 8, 2012, after being struck by a pickup truck that had drifted into the wrong lane while traveling on Highway 99 North. The driver of the pickup, Jeremy Christopher Henry, had a blood alcohol content level of 0.35 at the time of the crash, over four the times the legal limit. Grondona had been driving to her job at the Cottage Grove convenience store when she was killed by Henry's vehicle.

A wrongful death suit was filed on behalf of Grondona's two children and her mother, Linda Flagg, against Henry and two restaurants that had served him alcohol prior to the crash. The suit alleges that the restaurants had continued to serve Henry "despite being visibly intoxicated." In court, Henry admitted to drinking a six-pack of 16-ounce beers, along with two bottles of hard lemonade, before continuing to drink at both restaurants.

Henry is currently serving a 10-year sentence in prison for driving under the influence and first-degree manslaughter. Of the $305,000 awarded to Grondona's family, nearly half has been appropriated for legal fees and burial expenses. The remaining $180,512 will be split among Grondona's mother and children, coming out to a little more than $60,000 each.

If you or a loved one has been involved in a drunk driving accident in Kansas City, and believe you may be owed damages for your suffering, reach out to the injury attorneys of The Meyers Law Firm for the legal representation you deserve.