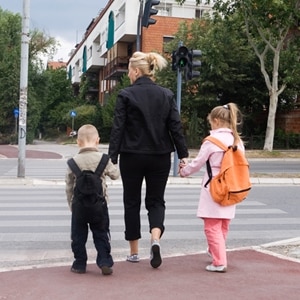 The family of a 6-year-old girl who was fatally struck by a car in a San Francisco crosswalk on New Year's Eve has filed a wrongful death lawsuit against Uber, a company that connects passengers with drivers of vehicles for hire through the use of a mobile app.

According to The Associated Press, 57-year-old Syed Muzaffar hit Sofia Liu with his Honda while she was crossing the street with her mother and brother. The source notes that Muzaffar was allegedly logged onto the Uber application when the accident occurred, though Uber has reportedly stated that he was not providing services for the company at that time.

''Whether or not a fee-paying passenger is in the car, if the driver is on the app and GPS, they are providing a benefit to Uber and their use of the app creates an unlawful risk of distraction that leads to the very type of injury and death we see here,'' said Christopher Dolan, the accident attorney representing the plaintiffs. ''The [family's] wish is to make sure others don't suffer the same tragedy that has befallen them."

The 57-year-old was arrested on suspicion of vehicular manslaughter with gross negligence and failure to yield to pedestrians in a crosswalk, though he has not officially been charged.

If someone you love has died as a result of another party's reckless or negligent behavior, you may have grounds to file a civil lawsuit, which you can do even if criminal charges have been filed. To begin this process, it's in your best interest to consult locally based personal injury lawyers as soon as possible.