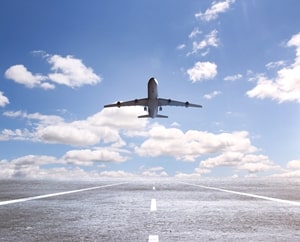 On July 2, 2013, Asiana Airlines Flight 214 was making its approach to San Francisco International Airport (SFO) when it came up short on the runway, striking a seawall, losing its tail and subsequently bursting into flames. Two of its passengers — a pair of teenage Chinese girls, one 16-years-old and the other 15 — were thrown from the wreck and killed. It was determined soon after that the 16-year-old girl's death wasn't actually caused by the plane crash itself, but rather by the first responders.

The Kansas City Star reports that after being ejected from the crash, the 16-year-old girl was lying unconscious on the SFO runway when two vehicles belonging to local firefighters and police, on their way to the plane, ran over the girl. The San Mateo County coroner's assessment of the situation concluded that it was those vehicles, rather than the plane itself, that had killed the girl. Now the girl's family has filed a wrongful death lawsuit against the city, blaming the negligence of those first responders for their daughter's death.

"The lawsuit alleges that [the girl] was 'lying helpless on the ground' after the crash, but rescue workers 'inexplicably, failed to evaluate her condition, treat her, mark her location or remove her from the perilous location where she lay curled in the fetal position,'" writes the source.

It's a tragedy anytime a parent loses a child, regardless of the circumstances. Situations like these are especially troubling, though, when the ones we entrust our safety to may actually play a direct role in a child's death.

If you have lost a loved one and believe another party is at fault, meet with the free consultation lawyers of The Meyers Law Firm to get an assessment of your case and determine what damages you may be owed in court.