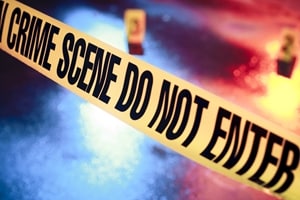 The family of a 27-year-old Florida woman who was killed while working as a confidential informant is suing the Citrus County Sheriff's Office. Jamie Lee Seeger was shot during a drug deal in July 2012. Her mother, Wendy Moore, says that law enforcement failed to protect her daughter, resulting in her death. Moore is seeking damages of more than $15,000, according to The Tampa Bay Times.

Seeger reportedly became an informant in early 2012. About a month before she was killed, video and audio of drug deals in which she was involved were released by prosecutors as part of a related criminal case. The lawsuit states that Seeger began receiving threats and asked for police protection, but her request was denied.

Of the three men charged in Seeger's death, two had been targets of drug stings involving Seeger, and the third was a relative of another target. The Sheriff's Office allegedly continued to use Seeger as an informant even after one of the men, convicted criminal Lawrence Vickers, asked her if she was an informant.

"The defendant failed to exercise reasonable care in its assessment of the danger to (Seeger) and/or properly warn and protect her, and otherwise assign the highest priority in its operational decision and actions toward the safety and well-being of (Seeger)," says the suit, as reported by The Times.

The Citrus County Sheriff's Office argues that it did everything possible to protect Seeger and is not responsible for her death.

If you believe that you have lost a loved one due to the negligence or malice of a person, company or governmental organization, you may have the right to seek civil damages. Call the free consultation lawyers at The Meyers Law Firm to learn more.