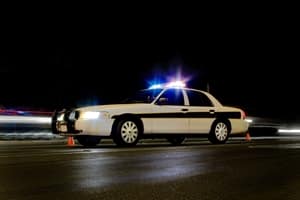 There's nothing more tragic than the untimely death of a loved one—especially if you have reason to believe that it could have been prevented if not for another party's recklessness or negligence. If you find yourself in this situation, there are steps you can take to hold the responsible party accountable, such as filing a civil lawsuit with the assistance of an affordable lawyer.

According to the Northwest Herald, 43-year-old McHenry County, Illinois, resident David Maxson died in September 2006 following an altercation with law enforcement officials. The source reports that deputies from the McHenry County sheriff's department were called to Maxson's home after he threatened to kill himself. He purportedly charged at them with a knife, causing former McHenry County sheriff's deputy Zane Seipler to shoot at him with a weapon loaded with generally non-lethal beanbag bullets. Maxson was hit in the back, chest and head. He died four days later.

"Maxson's ex-wife, Kelly Dooley-Trewartha, is seeking unspecified damages in the three-count lawsuit filed in McHenry County on March 14," reports the news outlet. "She says Seipler used excessive force and acted recklessly without consent or provocation in attempting to subdue Maxson. Four other deputies were named in the lawsuit, as was a Wonder Lake police officer."

If one of your family members dies as a result of another party's negligent or reckless behavior, you may have grounds to file a civil lawsuit and seek monetary compensation in a court of law. To get this process started, it's in your best interest to contact locally based personal injury attorneys in Kansas City immediately. These experienced professionals will work tirelessly on your behalf, helping you recover damages to which you may be entitled.