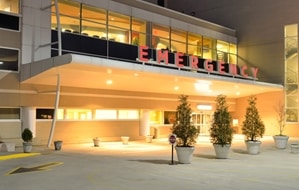 The family of a man who died after being discharged from Cape Fear Valley Medical Center in Fayetteville, North Carolina, on November 22, 2011, has filed a wrongful death lawsuit against the hospital's security provider, reports WRAL TV.

According to the source, the plaintiffs claim that 30-year-old A'Darrin Washington, who had non-Hodgkin lymphoma, was declared stable enough to go home by hospital staff. He had been in the hospital for about a week with pneumonia. The plaintiffs allege that a nurse called a security guard to help discharge Washington because he was being "uncooperative," claiming that the security workers strapped him into the van that was supposed to take him home in spite of him appearing unresponsive. The victim died on the way home.

"Defendants' agents and employees did not undertake any independent investigation to ascertain whether [A'Darrin Washington] was in fact gravely ill such that he was not fit for discharge and was in fact in need of urgent medical care," states the lawsuit, as noted by the news outlet.

In the event that one of your family members has passed away and you have reason to believe that another party was at fault due to recklessness or negligence, you may have grounds to file a civil lawsuit and recover monetary damages in a court of law. Although nothing can truly make up for the death of a loved one, holding the responsible party accountable can provide the closure you need. To discuss your options and get this process started, contact skilled personal injury lawyers in Kansas City today.