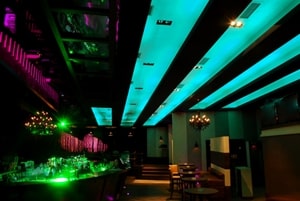 There's nothing more tragic than the untimely death of a family member, and it can be particularly difficult to find closure when you know that your loved one died because of someone else's negligence or recklessness. If you find yourself in this situation, it is in your best interest to contact personal injury lawyers as soon as possible to determine whether or not you have grounds to file a civil lawsuit.

Following the release of a coroner's report listing a 31-year-old California man's cause of death, his family has indicated that they plan to file a wrongful death lawsuit.

According to the Imperial Valley Press Online, Daniel Romero died due to "alcohol intake with agitated behavior requiring restraining maneuvers" following an incident that took place at a night club earlier this year. The source reports that Romero got into an altercation at the club, which led to security guards physically restraining him. He died later that night.

"We're definitely going to file suit because the coroner's report is kind of vague," said one of the personal injury attorneys representing the family, as noted by the news outlet. "What we believe is, and we've run this by security experts, their method of restraining was not within the protocol that they teach security officers."