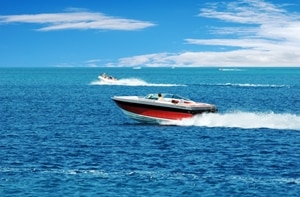 Nothing can ever truly compensate for the untimely death of a loved one, but if you believe that it resulted from another party's recklessness or negligence, you may have grounds to file a civil lawsuit and seek monetary damages. If you'd like to discuss your options, contact experienced Kansas City personal injury attorneys for assistance.

The family of a man who died during a powerboat race in Florida in 2011 has filed a wrongful death lawsuit against Super Boat International Productions Inc., its president and several other race officials, reports United Press International.

According to the source, 47-year-old Missouri resident Jeffrey Tillman died when the catamaran that he was riding with 74-year-old Robert Morgan, also of Missouri, flipped and crashed into Key West Harbor. The lawsuit alleges that the organizers of the race disregarded important safety standards — relating to both the state of the boat itself and the rescue attempt — that could have prevented the accident and the resulting deaths.

The plaintiffs are seeking upwards of $15,000 in damages, notes Insurance Journal.

This is the second lawsuit that has been filed against the defendants listed above regarding incidents that took place during the race.

In the event that your loved one dies due to another individual's negligent behavior, it may be in your best interest to file a wrongful death lawsuit. To get this process started, consider finding a personal injury lawyer in Missouri who you can count on to work tirelessly on your behalf. These experienced professionals can assess your claim, try your case in court and help you recover damages to which you may be entitled.