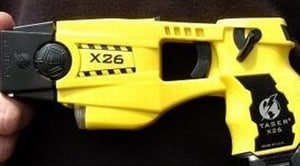 If a member of your family dies due to the actions of another individual, you have the right find a personal injury attorney who will pursue your case in a court of law.

According to local news outlet the Reno Gazette-Journal, in Reno, Nevada, on Christmas night 2011, mentally ill Micah Abbey was allegedly held down by Reno police and shot 26 times with a stun gun. He subsequently died. Abbey's family has now filed a wrongful death lawsuit in federal court against the city of Reno, the Reno Police Department and the officers involved.

The source says that Abbey, then 33, was at the transitional home where he lived on the night of December 25 when officers were called to respond to a domestic disturbance. The lawsuit claims the officers did not call the Mobile Outreach Safety Team, which was created to deal with people with mental illnesses. Abbey refused to go with the officers and attempted to escape through a window.

In the ensuing struggle, the lawsuit alleges that the officers struck him with batons and used stun guns to subdue him and place him handcuffs. They then knelt over Abbey after he was restrained, and according to the suit, they delivered an additional 12 shots with the stun gun. Abbey stopped breathing, and the officers tried unsuccessfully to revive him before medical attention arrived.

If you live in Missouri and someone you love has died due to the negligent behavior of a business or individual, consider finding a personal injury lawyer who will represent you aggressively in court. These locally based professionals will fight to recover any damages you may be entitled to.