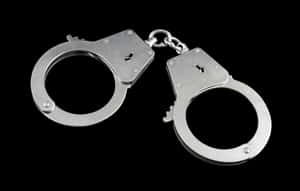 The family of a 40-year-old Glasgow Village, Missouri, man who died following an altercation with law enforcement officials has filed a wrongful death lawsuit against the Hazelwood Police Department, reports the St. Louis Post-Dispatch.

According to the source, police pulled Antonio Johnson over on suspicion of drunk driving on July 9. The news outlet states that Johnson resisted arrest, and that law enforcement officials used excessive force in order to apprehend him. After allegedly using a stun gun on the victim and beating him unconscious, police took him to the city jail and left him lying on the floor injured and handcuffed for several hours before finally seeking medical attention, claims the lawsuit. Johnson died in the hospital two days later.

The law enforcement officials involved in the altercation were reportedly placed on paid administrative leave pending an investigation.

"We feel this is another classic case of excessive force and we're determined to get to the bottom of it," said Freeman Bosley Jr., the accident attorney representing the plaintiffs, as noted by the news outlet. "We're concerned about how this man, on just a basic traffic stop, could wind up dead."

In the event that your loved one dies due to another party's negligent behavior, it may be in your best interest to file a wrongful death lawsuit. To get this process started, consider finding a personal injury lawyer in Missouri who you can count on to work tirelessly on your behalf. These experienced professionals can assess your claim, try your case in court and help you recover damages to which you may be entitled.