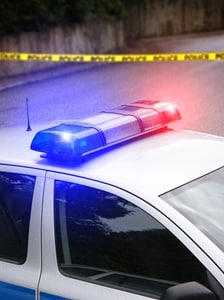 A New Mexico state court judge awarded $6 million to the family of a man who was shot and killed by an Albuquerque police officer. Judge Shannon Bacon said Detectives Christopher Brown and Richard Hilger are responsible for the wrongful death of 27-year-old Christopher Torres in 2011. In a 20-page ruling the judge said that the two officers had not acted in self-defense as they claim, calling their testimony inconsistent with the physical evidence and the account of a neighbor, who witnessed some of the encounter.

In April 2011, the two detectives went to Torres' home with an arrest warrant on a road rage charge. The officers say they climbed over the fence when they heard Torres in his backyard and struggled with him, at which point they claim he grabbed Hilger's gun. Brown shot Torres three times in the back.

Judge Bacon said that before going to the house, the officers should have contacted the Torres' Crisis Intervention Training officer, who was assigned to him because he suffered from schizophrenia.

"Now there's a finding from the court that they did not tell the truth," Torres family attorney Randy McGinn told local TV news outlet KRQE. "They made up a story to cover up shooting an unarmed man who was in his pajamas, in his backyard, playing with his dog."

If you believe your family member has been the victim of wrongful death on the part of an individual or law enforcement department in Missouri, you may have the right to seek damages and should contact experienced lawyers as soon as possible. The Kansas City attorneys at Meyers Law Firm can assess your claim and help you recover any civil damages to which you may be entitled.