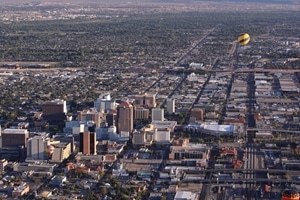 The family of a homeless man shot and killed by police in Albuquerque, New Mexico, has filed a wrongful death lawsuit against the department. According to the Associated Press (AP), the family alleges that although 40 officers were dispatched to handle James Boyd, none of them made a good faith effort to deescalate a stand-off with the mentally ill homeless man.

The complaint goes on to say that the Albuquerque Police Department's (APD) hiring, training and oversight policies are lacking, leading to the "unjustified killing" of Boyd.

Since 2010, Albuquerque officers have shot 40 people, killing 26. The AP reports that Boyd's death triggered a nationwide outcry, protesting the police response, and prompted a scathing review from the United States Department of Justice. The federal government reportedly ordered the department to institute significant internal changes.

Family attorney Laura Schauer Ives told local news affiliate KRQE that the main goal of the lawsuit is to prevent similar future tragedies from happening to other families.

"The family wants to ensure that this never ever happens to someone else's loved ones and, in order to do that, there has to be a meaningful systemic change within the department," Schauer Ives said to the news outlet.

The lawsuit seeks civil damages as well as changes to APD training policies.

If you or your loved one have been the victim of unnecessary force by a Missouri law enforcement officer, or another representative of a government agency, you should find a personal injury attorney to represent you. Call the experienced lawyers at The Meyers Law Firm today to schedule an initial consultation. We can assess your claim and help you recover any civil damages to which you may be entitled.