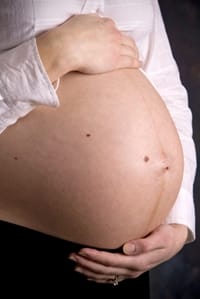 Although criminal charges ensure that people are held accountable for their crimes, sometimes families can also opt to pursue a civil lawsuit against those responsible for the death of their loved ones.

The family of Deanna Ballman, a 23-year-old from Pataskala, Ohio, whose body was found in her car last summer, has filed a wrongful death lawsuit against the doctor charged in connection with her death.

CBS news reported that Ballman, who was nine months pregnant at the time, responded to a Craiglist ad for housekeeping services posted by Dr. Ali Salim. She was found dead the next day of an apparent heroin overdose. Subsequently, 44-year-old Salim was charged with two counts of murder and tampering with evidence, rape, assault, kidnapping, corrupting another with drugs and abuse of a corpse. He has pleaded not guilty.

In the civil lawsuit, the family also names Craigslist and the Knoxx Community Hospital as defendants, according to the Newark Advocate. The lawsuit alleges that local police as well as Craigslist were aware of complaints by at least two other women who had replied to Salim's ads. It also asserts that the hospital where Salim worked was negligent because the syringe he allegedly used to inject Ballman was taken from it .

According to the source, the plaintiffs are seeking $40 million in damages.

If you live in Missouri and have had a loved one die due to the negligence of a business or individual, you owe it to yourself to seek justice. An affordable lawyer in Kansas City can take your case and work tirelessly on your behalf to pursue any damages you may be entitled to.