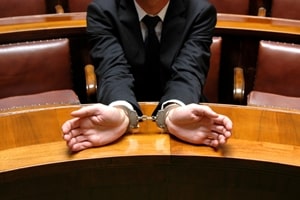 A 19-year-old Maryland man was shot and killed in an alleged murder-for-hire scheme in Baltimore in April 2011, and his family has filed a wrongful death lawsuit against his former attorney, claiming that the lawyer's malpractice played a hand in the victim's death.

According to WBALTV.com, a local news outlet, Isiah Callaway died after being shot multiple times while sitting in his car on Crystal Avenue. The source states that Callaway faced minor charges for his involvement in a mail fraud scheme and had hired attorney Larry Feldman to represent him in court.

Federal prosecutors allegedly approached Feldman about obtaining Callaway's cooperation in the case, but the lawyer never disclosed this information to his client. The lawsuit states that Feldman contacted another one of his clients, Tavon Davis, who had also been part of the mail fraud scheme, to discuss how the two suspects could receive reduced prison sentences, suggesting that getting rid of Callaway might be the only option.

"He was executed because of the misconduct of an attorney," said Steve Silverman, the lawyer representing the victim's family. "Mr. Callaway came to Mr. Feldman to try to get a lighter sentence in a minor case. What he ended up getting was a death sentence."