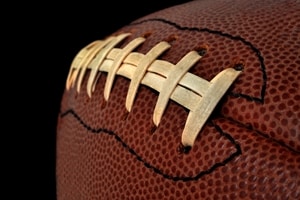 The parents of a Tennessee State football player have filed a wrongful death lawsuit against the university following their son's death last season during practice. They are seeking $5 million in damages.

According to USA Today, 19-year-old Wayne Jones III – a freshman at the school – collapsed on the field on November 7, 2012. The plaintiffs – Wayne Jones Jr. and Sonya John – have alleged that the team's football coaches and trainers did not provide assistance to their son quickly enough to save his life, and instead allowed a lengthy amount of time to pass before they approached him. Their lawyer, Joe Haynes, said that he will present eyewitness accounts in court to back up these claims.

An autopsy reported stated that the official cause of death was a fatal arrhythmia due to scar tissue in the heart.

"This type of heart arrhythmia in athletes is not that uncommon so if you provide the assistance that's needed in the first few seconds and minutes you can recover from it, you can survive it," Haynes said. "I really think they ignored him and felt that he was being cocky or faking or something."

As of April 29, the coach of the football team and the university's athletic director declined to comment on the lawsuit, states USA Today.