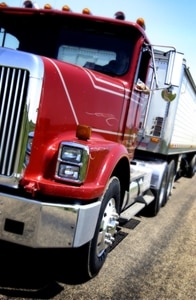 Often when an individual dies by someone else's hand, the victim's loved ones are left with many questions that may not ever be answered during a criminal trial. In certain cases when this has happened, family members may be able to take action by filing a civil lawsuit, which they can do with the help of personal injury lawyers.

According to Land Line Magazine, a publication for professional truckers, the family of a truck driver who was fatally shot at a travel stop has filed a wrongful death lawsuit against the alleged killer.

The source reports that 48-year-old Goran Sojic was at Love's Travel Stop in Dayton, Ohio, when 25-year-old security guard Joshua Karp shot him. Karp has claimed that he was acting in self-defense, but plaintiffs allege that he was not authorized to carry a firearm and that Sojic didn't pose a threat.

"At some point, there was an interaction between the defendant, Mr. Sojic, and a security guard, a young man by the name of Joshua Karp," confirmed Micah Siegal, the accident attorney representing the plaintiffs. "At that point, Mr. Karp fired two shots, and hit Mr. Sojic. He died en route to the hospital or shortly after arriving at the hospital."

If someone you love has died as a result of another party's reckless or negligent behavior, you may have grounds to file a civil lawsuit, which you can do even if criminal charges have been filed. To begin this process, it's a good idea to consult locally based personal injury lawyers as soon as possible.