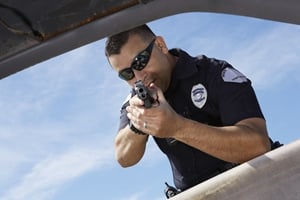 In the event that one of your family members has died by someone else's hand and criminal charges haven't been filed, there are other ways for you to hold the responsible party accountable for his or her actions. For example, you may have grounds to file a civil lawsuit, and should seek the assistance of a seasoned accident attorney as soon as possible.

According to KIMA CBS 29, a Washington news outlet, the family of a Yakima man who was fatally shot by a police officer has filed a wrongful death lawsuit against the city of Yakima and the Yakima Police Department.

The source reports that Rocendo Arias got into an altercation with law enforcement officials at a car wash in January. The situation escalated, and Officer Casey Gillette shot at Arias, claiming that Arias was pointing a weapon at him. Investigators later found that Arias was holding an Airsoft pellet gun; however, prosecutors determined that the shooting was justified due to the perceived threat and cleared Gillette of any wrongdoing.

The plaintiffs allege that Gillette used excessive force. They have indicated that they are willing to do whatever it takes to seek justice for Arias.

"To have your family member wrongfully taken from you is a horrible event that no parent, that no brother or sister, that no wife or mother or father should ever have to suffer needlessly," said Bill Pickett, one of the personal injury attorneys representing the plaintiffs.

If someone you love has died due to another party's reckless or negligent behavior, don't settle for mediocre legal representation. Contact a skilled Kansas City accident attorney and seek the justice you deserve.