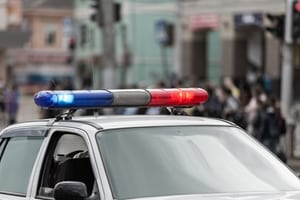 Virginia news outlet the Culpeper Star-Exponent reports that the town of Culpeper recently reached a settlement with the family of a woman who was fatally shot by a law enforcement official in February 2012.

According to the source, former police officer Daniel Harmon-Wright shot Patricia Cook outside a Catholic school, and is currently serving time in prison after being convicted of manslaughter in criminal court.

As part of the settlement in the wrongful death lawsuit, the town of Culpeper will pay Cook's family an undisclosed amount of money. In exchange, cases against Culpeper's current and former police chiefs for the wrongful hiring and retention of the shooter will be dismissed, reports the news outlet.

"The family believes that this settlement, at this time, is in their best interests, as well as the best interests of Pat's memory," said the plaintiffs' accident attorney, Greg Webb, as noted by the source. "From the beginning, this lawsuit was about seeking justice for Pat and answers for Culpeper. To some degree, that was recently obtained in the actions of those concerned by agreeing to a settlement."

Are you a Missouri resident who has lost someone you love due to an individual's or business's negligent or reckless behavior? If so, you owe it to yourself to find a personal injury attorney who will give you the care, attention and compassion that you deserve. These experienced professionals have the knowledge and skill set required to assess your claim, try your case in court and help you recover damages to which you may be entitled.