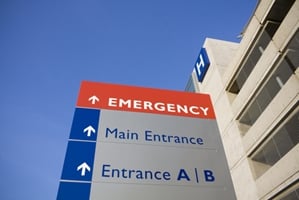 There's nothing more tragic than the untimely death of a loved one. If you have reason to believe that your family member died due to another party's recklessness or negligence, you may have grounds to seek legal action, and should consult personal injury attorneys for assistance.

The family of a woman found dead in a hospital stairwell at San Francisco General Hospital has filed a wrongful death claim against the city of San Francisco, which owns and operates the facility.

According to the Los Angeles Times, 57-year-old Lynne Spalding disappeared from her hospital room on September 20, 2013, and was found dead in the stairwell on October 8. Spalding had purportedly been diagnosed with a bladder infection, a blood infection and episodic confusion. The source reports that she allegedly "thought she was working in an airport and lacked awareness of her true surroundings." While a doctor had ordered that Spalding be constantly monitored as a result of her condition, the claim says that this order was not followed.

"The claim alleges San Francisco violated an elder abuse law intended to protect adults admitted to hospitals. [It also alleges] reckless neglect, breach of duty, medical neglect and maintaining a dangerous property, and asks for damages for pain and suffering, loss of affection and attorney's fee and legal costs," states the news outlet.

Are you a Missouri resident who has lost someone you love due to an individual's or business's negligent or reckless behavior? If so, you owe it to yourself to find a personal injury attorney who will give you the care, attention and compassion that you deserve. These experienced professionals have the knowledge and skill set required to assess your claim, try your case in court and help you recover damages to which you may be entitled.