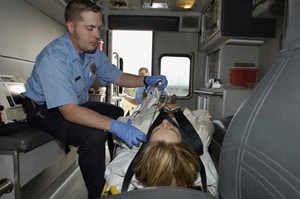 When someone you love dies due to another party's negligence or recklessness, you may have grounds to file a civil lawsuit and seek monetary damages. If you find yourself in this situation and would like to discuss your options, contact Kansas City personal injury attorneys today to schedule a consultation.

According to The Huffington Post, the family of a 37-year-old woman who died while in police custody over the summer is filing a wrongful death lawsuit against the New York Police Department and the city of New York. The source reports that Kyam Livingston, a mother of two, was arrested at around 2 a.m. on July 20 for violating a "specialized order of protection that her grandmother filed prohibiting alcohol or fighting in the home."

After being treated at a hospital for intoxication, Livingston was transported to a holding cell where she was ordered to wait until her arraignment. During that 20-hour time period, the 37-year-old allegedly complained of health issues for seven hours before officers finally brought her to Brooklyn Hospital. It was too late, however, and she died on the way there.

"She didn't deserve this," said the victim's mother, Anita Neal, as revealed by the Metro. "I would still be with my daughter today if she had gotten attention. They let her beg for seven hours."

If one of your family members has died as a result of an individual or business's negligent behavior and you live in Missouri, consider finding a personal injury lawyer who will work hard on your behalf. These experienced and locally based professionals can assess your claim, try your case in court and help you recover damages to which you may be entitled.