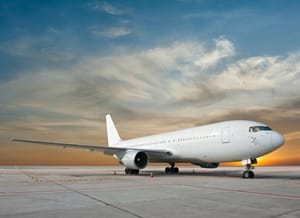 In the event that one of your loved ones dies and you have reason to believe that it has resulted from another party's recklessness or negligence, it is in your best interest to find a personal injury attorney in Kansas City who can help you seek damages to which you may be entitled.

CBS Los Angeles reports that three sons who lost their mother in a plane crash in Santa Monica, California, a couple months ago have filed a wrongful death lawsuit against the deceased pilot's estate. According to the source, the plaintiffs allege that 63-year-old Mark Benjamin "failed to maintain proper control over the plane, did not undertake the necessary actions to achieve a safe flight, acted unreasonably in the landing of the plane and failed to maintain the aircraft with proper repairs."

The incident occurred on September 29 at Santa Monica airport. The aircraft reportedly veered off the runway and crashed into a runway sign and then a storage hangar, causing it to catch fire. The news outlet notes that "the cause of the crash remains unclear" and that the National Transportation Safety Board is investigating to determine what happened.

While nothing can ever truly compensate for the death of a family member, individuals who have lost their loved ones due to another party's negligent or reckless behavior may have grounds to file a civil lawsuit and recover monetary damages in a court of law. In this kind of situation, it helps to have an experienced professional by your side during the legal process, so consider finding a skilled personal injury lawyer in Kansas City to assist you.