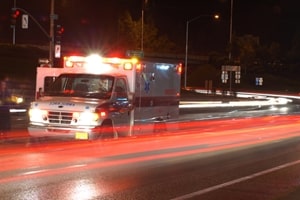 A truck accident in Chicago that killed a mother and her two young children has prompted the victims' family to file a wrongful death lawsuit against both the driver allegedly responsible and his employer.

Local news publication the Globe Gazette reports that a 30-year-old woman, her 9-year-old daughter and 4-year-old son were walking to a bus stop after leaving a cellphone store when they were struck by a truck turning left from 43rd Street onto Ashland Avenue. Although the three victims were rushed to a hospital for treatment, they ended up succumbing to their injuries. The accident occurred in Chicago's Back of the Yards neighborhood, just before 5 p.m., on Friday, March 6.

Just days later, the family filed a wrongful death lawsuit against the driver and his trucking company, Monson and Sons, accusing both parties of negligent behavior. Additionally, police cited the truck driver "for failure to exercise due caution to a pedestrian in the roadway and making an improper left turn onto a two-way street." The driver's next court appearance for these traffic charges is scheduled for April 15.

Although no amount of money can ever truly compensate for the loss of a loved one, that should not preclude the families of victims like these from seeking restitution at all. If you have a lost family member that you believe was the result of another party's negligent behavior, and think you may have a wrongful death case on your hands, set up an appointment with The Meyers Law Firm. Our free consultation lawyers can assess your claim and discuss your next steps in winning the damages you may be owed.