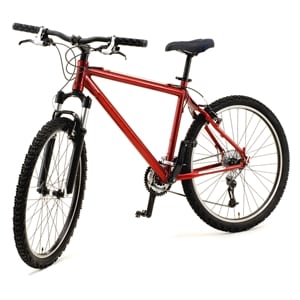 The family of a 24-year-old Utah college student is suing his former school for wrongful death, after he died in a bicycle accident on campus.

Eric Anderson was riding his bike at Utah State University last August when he ran into a rope that had been tied between two trees and was killed. Three fellow students had been using the rope, known as a slackline, to practice balancing. According to the Associated Press (AP), Anderson was riding his bike through the grassy area when he ran into the line, flipped off his bike and landed on his head and shoulders.

The $2 million lawsuit was filed by Anderson's parents. It names multiple defendants, including the university president, the campus police chief and the three students who set up the slackline.

"This was an extremely tragic accident, and our hearts continue to go out to this young man's family and friends and everyone involved," Utah State University spokesman Tim Vitale told the Herald Journal.

The family says in its suit that the three students were negligent in failing to take down the slackline when they were done using it, and that the university did not do enough to make the campus safe. The lawsuit also alleges that campus officials neither tried to keep bikes off the grassy area nor warned students that slacklines might be present.

If one of your family members has died as a result of an individual or institution's negligent behavior in Missouri, you should immediately contact a personal injury attorney. The Kansas City attorneys at Meyers Law Firm can assess your claim, try your case in court and help you recover damages to which you may be entitled.