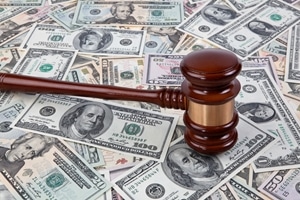 The family of a 101-year-old Alabama man who died of aspiration pneumonia while receiving treatment at a nursing home recently won the $400,000 wrongful death lawsuit that they had filed against the facility.

According to AL.com, John Garrett's family members claimed that the staff at Capitol Hill Nursing Home in Montgomery failed to follow directions regarding the 101-year-old's health. They alleged that the head of Garrett's bed should have been elevated so that formula he was being given through a feeding tube would stay in his stomach, but indicated that this wasn't the case when they visited him in September 23, 2010. The formula reached his lungs and he died four days later.

"I hope this will convey the message to nursing homes that they will be held responsible for the mistreatment of the vulnerable – regardless of their age or medical condition" said the plaintiffs' accident attorney, as noted by the news outlet. "My clients are so grateful that the value of their father's life has been acknowledged and that this facility has been held responsible for its conduct."

There's nothing more tragic than losing a loved one, especially when you are certain that it could have been prevented. If you have reason to believe that your family member died due to another party's negligent or reckless behavior, you may have grounds to file a civil lawsuit, and should consult Kansas City personal injury lawyers as soon as possible. These locally based professionals have the skills and resources required to help you seek damages for your suffering and find the closure you deserve.